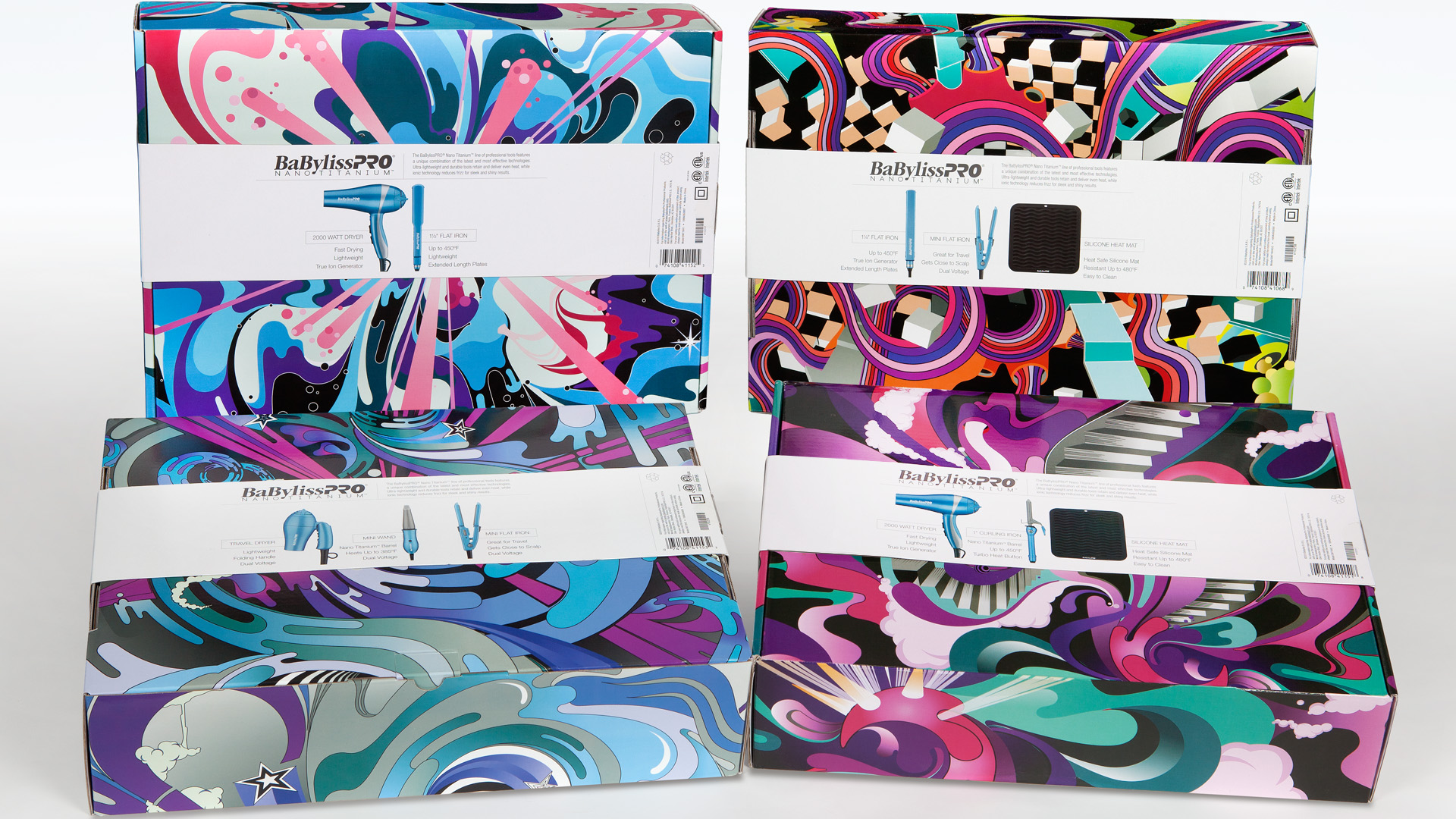 Babyliss is one of the most well known glamour brands in the world and we were delighted when we were approached to create four limited edition box packaging artworks for them that reflected A.k.A stylistically and that also presented their products in an eye catching way. Additionally they also wanted to include our A.k.A branding on the packs too which was lovely for us to be associated with such a great brand.

The nature of the brief was very open, essentially it was really "something which reflects our (A.k.A's) type of work and something cool", it was really that open, although each of the four boxes had a theme: Jet Set, Daily Glam, Straight Up and Red Carpet the artwork was meant to only very loosely reflect those themes. We initially just began furiously sketching LOTS of stuff thrashing out ideas whilst keeping the themes in focus. We made hundreds of sketches in all. Next we moved onto the colouring process where we spend many days selecting the best palettes of colours for each piece.
I know we often say this but it was such a pleasure to work on really fun project and with such a bunch of nice people too! This project was an honour and a pleasure to work on from start to finish. 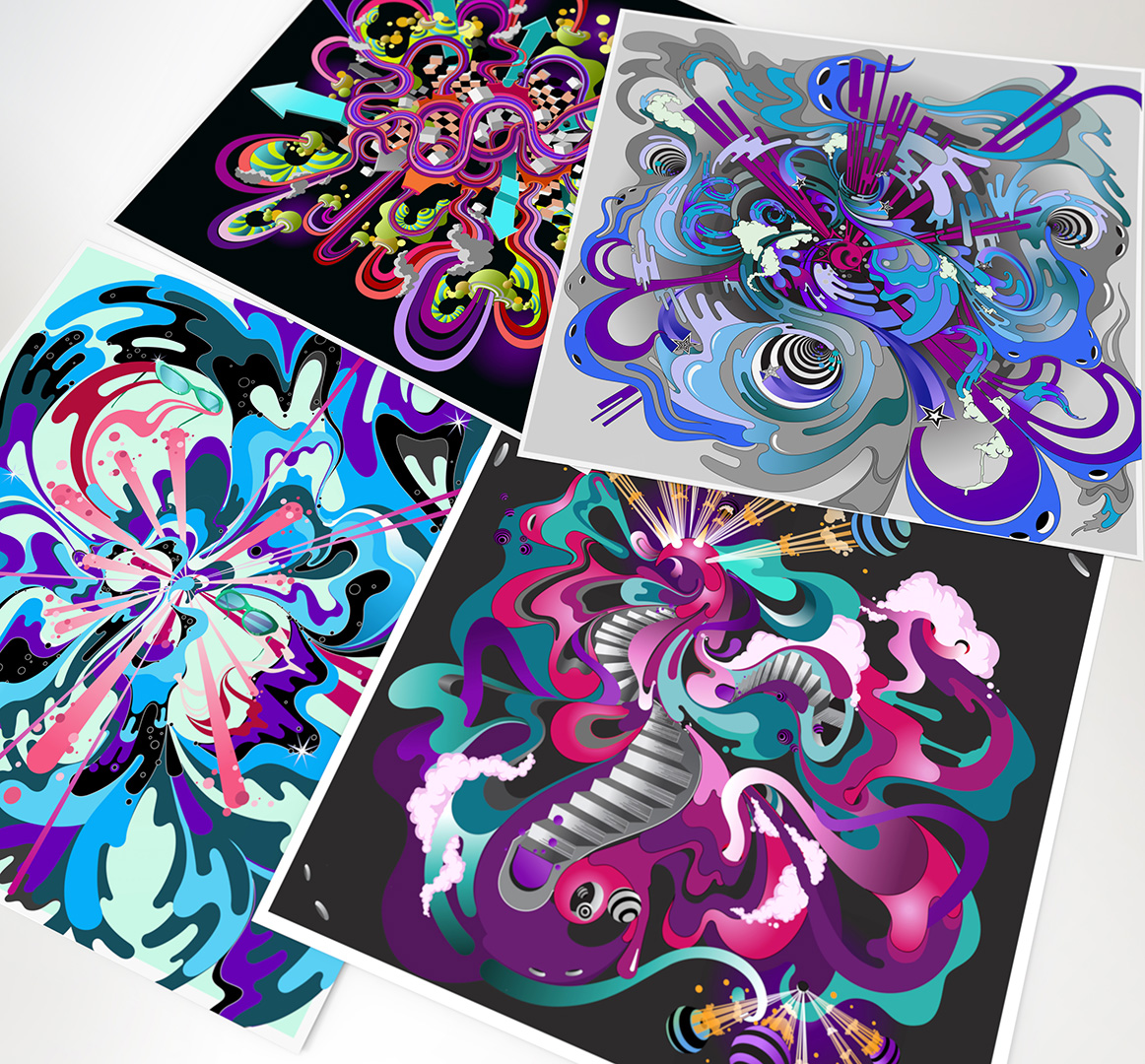 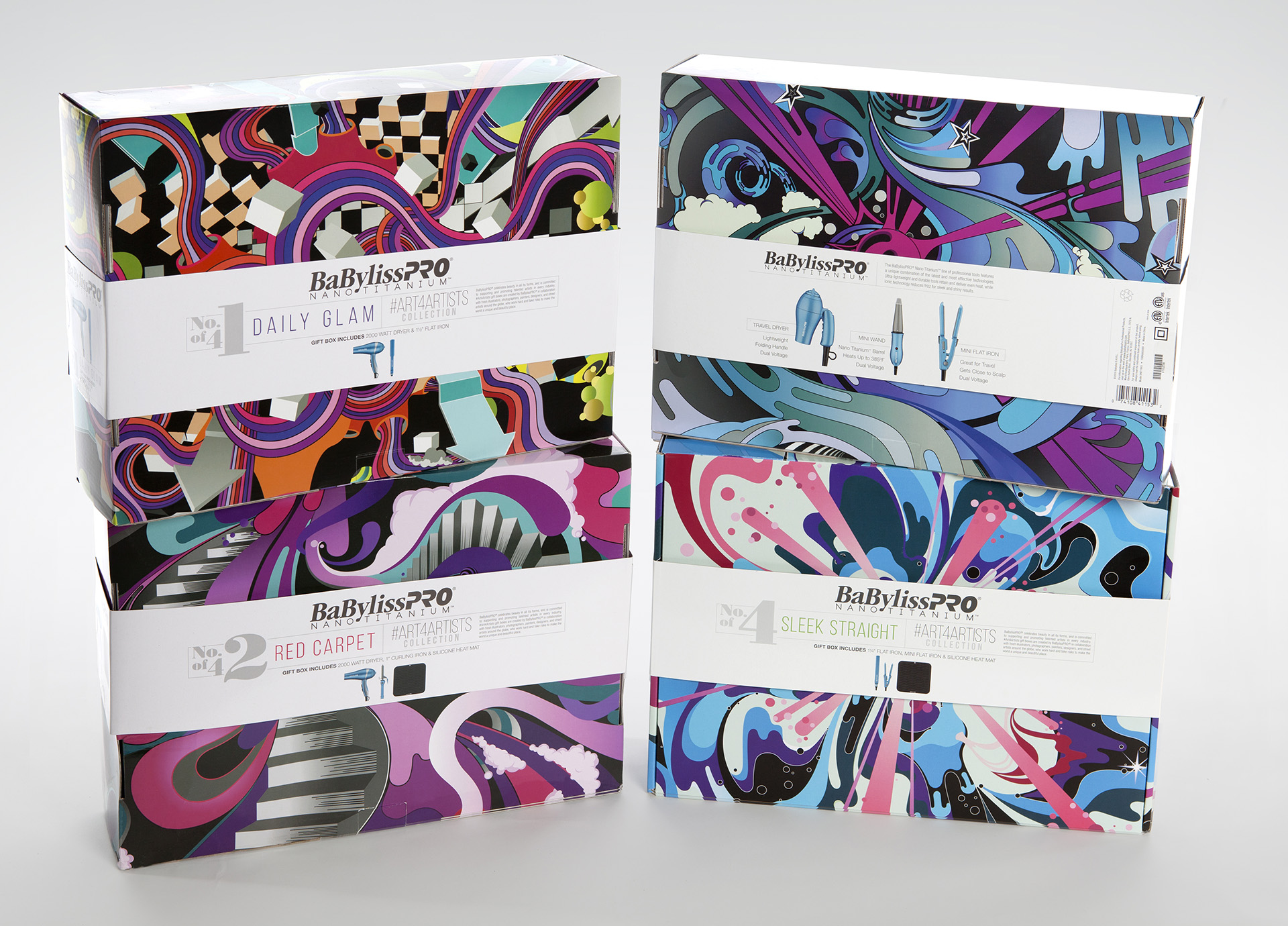 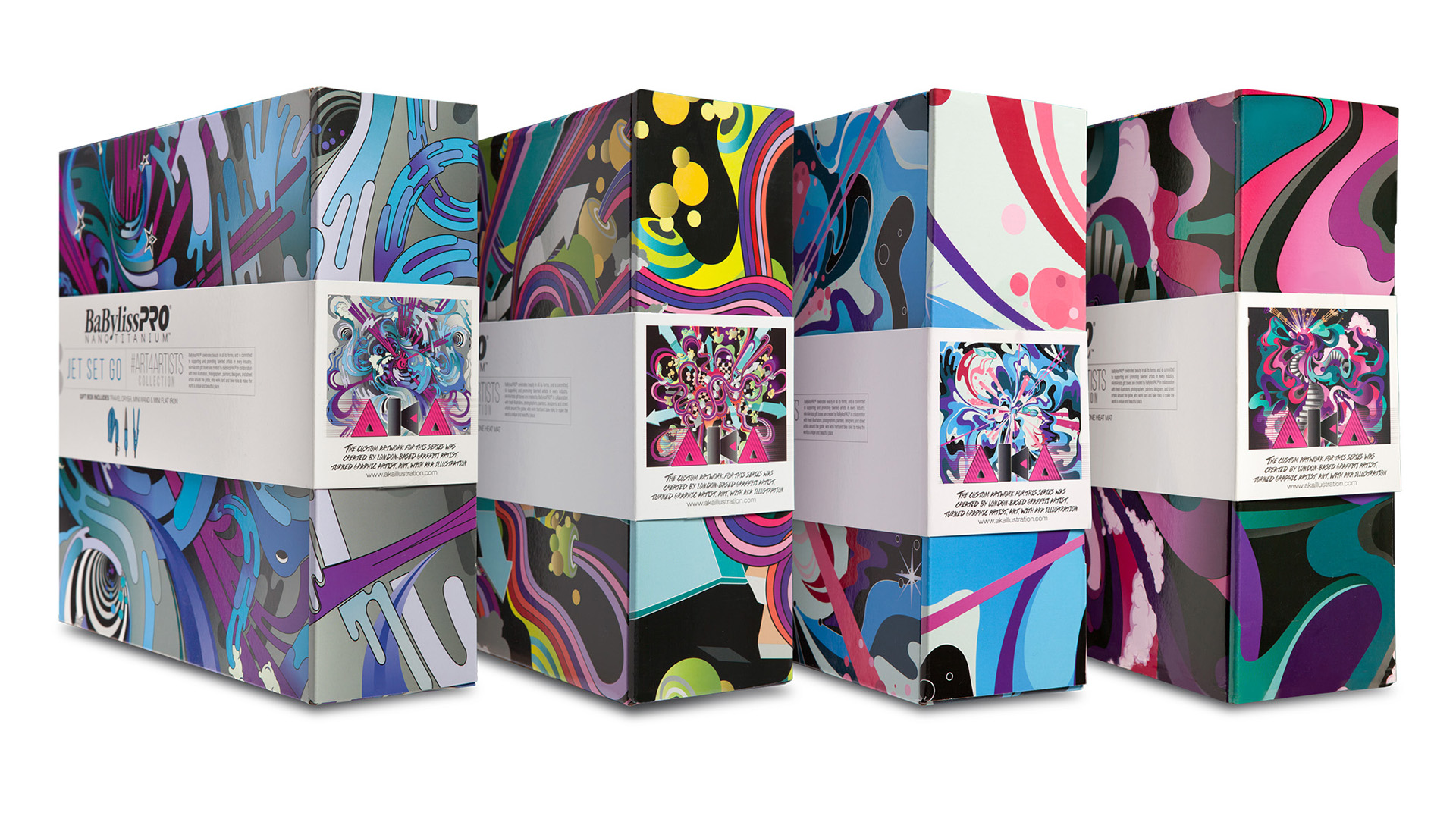